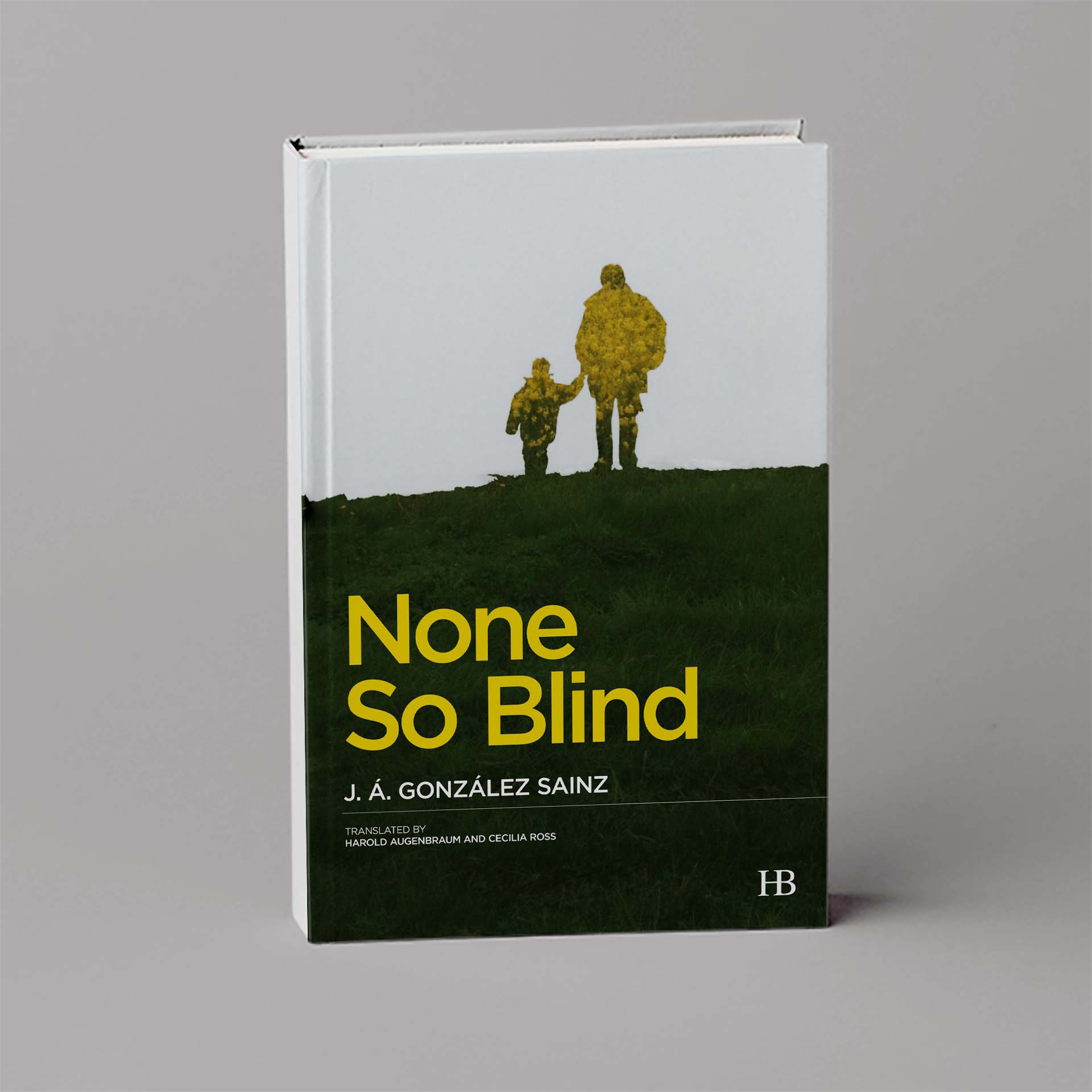 Felipe Diaz Carrión has tried his best. He remained in his hometown, married his girlfriend and they had a child. It was a modest life, working in a local printing works and his family’s field, all the while remaining aware of the landscape he knew, the same one loved by his father and his father before him. It was a place known as a haunt of the Egyptian white vulture, a bird often mistaken for a stork – until you looked closer.

Then everything changed and Felipe, urged on by his wife, had to move north, to the Basque Country, in search of something better.

Subtle, slow-moving and intense, None So Blind is the first work by the Spanish writer JA González Sainz to be translated into English. It gently catches the reader by the throat, achieving an effect not unlike that of John Williams’s classic Stoner (1965). It may not seem a likely comparison, an early

Felipe, like Stoner, is a quiet man, husband and father, apparently unremarkable yet clearly the blameless victim of circumstances. Felipe’s only act of defiance is to call his first son Juanjo (Juan Jose), thus breaking the family tradition of three generations by not naming him Felipe. About the time the Juanjo turns eight, the printshop closes and Felipe is suddenly out of work.

“Times had changed, and the old processes of traditional presses had suddenly become as antiquated in the face of new technologies as plows and threshers had not long before. From one day to the next, he found himself without a job, and . . . he tried to find other work in the village or one of the surrounding towns, at first still in his field of graphic arts, and afterward even in just anything, but it was all useless . . . It was as if all the capital and preferential treatment had moved off elsewhere, and people had no choice but to follow them.”

Change emerges as one of the several powerful themes with which González Sainz develops his heartbreaking narrative, which is rendered in deliberate, plain prose suggestive of an individual gradually reaching rare levels of understanding. The American translators are faithful to the tone of muted despair.

Felipe is a moral man, he believes in right and wrong, but there is nothing sanctimonious about him; he merely feels that no one has the right to take another’s life. He has no illusions and is well aware as he walks to work each morning, the traffic racing past him, of exactly what he has amounted to.

Felipe notices the random growth of the weeds “like some form of unrecognizable plant life reminiscent of factory runoff, a kind of cross between vegetation and industrial output”. His thoughts are bewildered yet exact, reasoned and rather logical. He notices everything because he also inhabits a trance-like state on the margins. He is a convincing, sympathetic Everyman, living in “one of the six identical buildings alongside the highway leading to the factory”.

This understated, devastating novel could be set anywhere, but the darkness and gnawing menace place it emphatically in a troubled region of Spain seething with political resentments – unspecified, but obviously referring to the Basque separatist movement. González Sainz merely alludes to the politics; nothing is spelt out, no point is laboured.

In one of the most dramatic sequences in a novel (which, incidentally, could make a superb movie, with, say, Javier Bardem in the lead), Felipe wanders into the local bar. We know it is in northern Spain, but it could as easily be Northern Ireland at the height of the Troubles. Aware he will always be regarded as an outsider, Felipe is used to the lukewarm welcome he tends to receive.

On this particular day “he seemed to notice a colder distance in the customers again . . . After having said hello as he came in, without getting the least response, he ordered a coffee.”

His order is served with a churlish bark and slammed down on the counter. The barman then cautions Felipe not to make a mess and the customers echo the reprimand. When he goes to pay, Felipe notices he only has a large bill and so treats two of the regulars to a drink. The owner stuffs the change into a collection box – “for some prisoners”.

By this stage in the narrative, Juanjo has grown into an abusive young man, sneering political slogans at his father, and is about to leave home. There is a second son, 11 years younger, who is studious and interested in botany. His relationship with Felipe is tender and represents redemption. Both Felipe and the younger boy, whose name resumes the family tradition, distance themselves from the aggression around them.

Meanwhile Felipe’s once docile wife has also become harsh, politicised and is poised to move on. She has adopted the political rhetoric spouted by her elder son and has decided to reject her husband: “ . . . she’d gotten a job in some organization”. As he listens to her sniping: “As if there were something lacking for her if she didn’t come and insult and ridicule him, he thought, as if she couldn’t feel comfortable with herself or really be someone deep down.” Later he recalls the lovely girl she had been.

Felipe’s profound and human musings dominate None So Blind. It is clear that he has lived with an appalling memory from the Franco era that has shaped him. Again, this is subtly filtered, always acting as a constant undercurrent.

The novel is not without incident. When the factory boss is kidnapped, Felipe joins in the protests demanding his release. Juanjo’s subsequent career as a terrorist also acts as a counter to the interior meditations.

González Sainz’s masterful restraint sustains the tension while Felipe emerges as a character of immense and compelling pathos. His weary exasperation draws the reader to his side.

All that remains to him is his loving younger son, who eventually leaves to go to university in Madrid. Felipe returns to his village, the old home, the landscape, the black poplar trees and the Egyptian vultures. Following a final horrific confrontation with his elder son, he studies photographs of Juanjo as he had been as a child and wonders how it went so wrong.

Elsewhere, in a moment of extraordinary beauty, Felipe recalls for his younger son the episode years earlier when as child he had witnessed the crime that has haunted and shaped him through his adult life.

None So Blind is a towering achievement, of grace, humility, seductive simplicity and wisdom, a landmark Spanish novel.